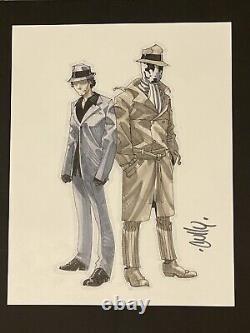 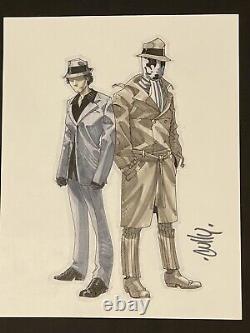 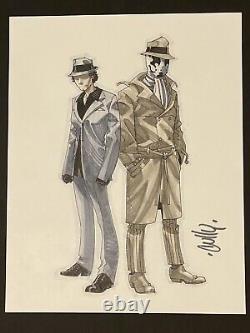 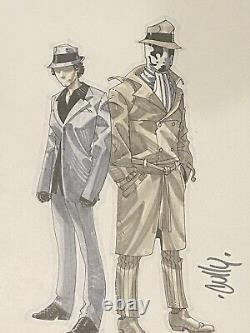 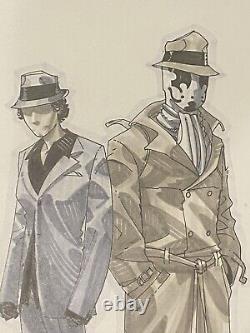 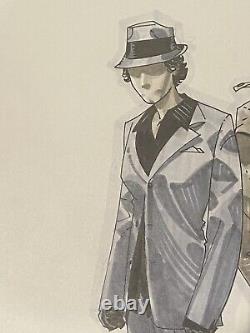 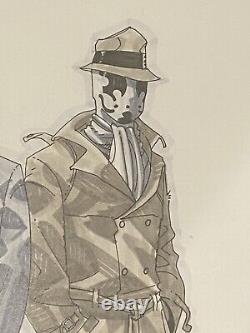 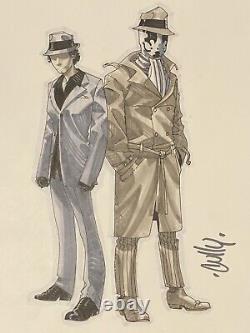 This is a 11"x14" Original Color Art Commission of The Question (Renee Montoya) & Rorschach from Watchmen obtained in 2014 from artist Cully Hamner at New York Comic Con. Cully Hamner has drawn many things for many publishers, but he's probably best known for his creator-owned comic RED, which was adapted as a pair of hit Bruce Willis films; for co-creating Jaime Reyes (the current BLUE BEETLE, also about to be a feature film); and his work on THE QUESTION. His list of credits at DC is about as long as your leg-- most recently as cover artist of BATMAN: REPTILIAN; for covers on books like BATMAN SECRET FILES: THE SIGNAL and JUSTICE LEAGUE; and interiors on books like FUTURE STATE: SUPERMAN OF METROPOLIS, SUPERMAN RED & BLUE, and BLUE AND GOLD. At Marvel he's recently provided numerous covers for the SPIDER-MAN titles, BLACK PANTHER VS. DEADPOOL, WAR OF THE REALMS, YONDU, and the recent M. This item is in the category "Collectibles\Comic Books & Memorabilia\Original Comic Art". The seller is "oracleeight" and is located in this country: US. This item can be shipped worldwide.