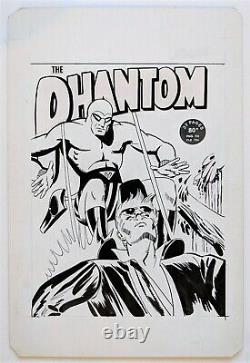 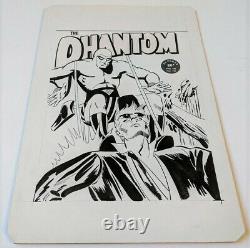 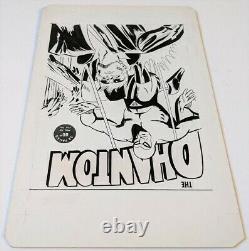 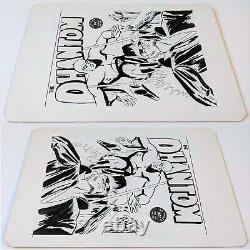 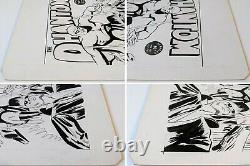 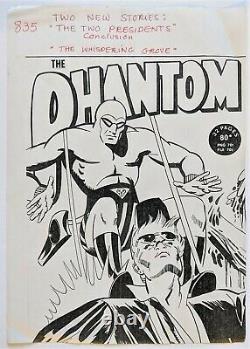 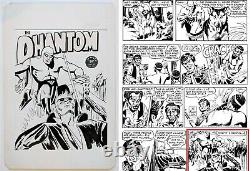 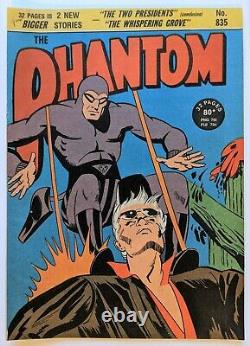 I have provided quality photos for you to assess yourself. You will receive the exact item(s) listed here. If you need additional pictures serious inquiries may ask. "Frew" Phantom Publications of Australia was founded in 1948 by Ron Forsyth, Jim Richardson, Jack Eisen & Peter Watson. (The Frew name was derived by the last initials of each founder name) Frew publications boasts the longest running English language Phantom comic book in the world.

Its 1st issue was published on Sept 9th 1948, and contained the US newspaper reprint; "The Slave Traders", by Lee Falk & Ray Moore. "Frew" Phantom publications of Australia is still alive and well today, approaching its 1,900 issue. This is an original cover for the Australian Frew Phantom Comic cover No835, 1983.

The cover illustration was originally a Sy Barry swipe but inked by Australian artist Tommy Hughes. Tommy Hughes illustrated or inked the majority of Frew Phantom covers from 1957 until he retired in 1988. He originally worked as the art director for the Australian Women's Weekly. The swipe was taken from "The Whispering Grove" story which ran on 5/12/1985. The story continued for 16 weeks and was the 123rd Phantom Sunday story. It was originally published in American newspapers from February 24th to June 9th, 1985. Start Date: February 24th, 1985. End Date: June 9th, 1985. Original Cover Art to Australian Frew Phantom Comic #835 (Bainbridge board which Measures - 15" x 10"). Original B&W Stat Sheet: Measures - 11.75" x 8.25". Original Australian Frew Phantom Comic Book Issue #835, 1983. I generally choose United States Postal Service "First Class Package International Service" as it provides a reasonably reliable tracking service. Australian Buyers with alternate USA Address. All such orders will be processed as any other US domestic order. Our goal is for your items to arrive to you in the condition they left. We take quality pictures and keep such on file for the purpose of properly documenting sales. We take our E-bay reputation very seriously and have had an impeccable feedback record of 100% since 1997. This item is in the category "Collectibles\Comic Books & Memorabilia\Original Comic Art". The seller is "*phantomania*" and is located in this country: US. This item can be shipped to United States.