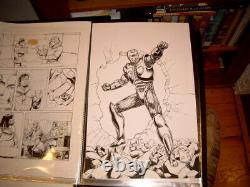 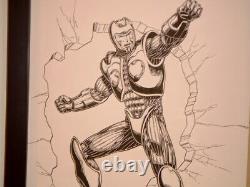 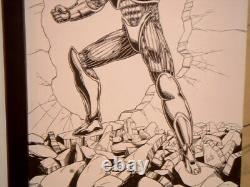 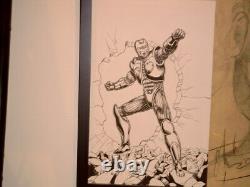 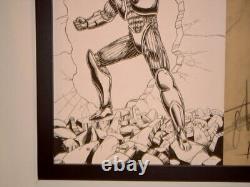 This is one of the most historic key event covers of the first volume of X-O #1 to 51, this issues continues the after effect's of the Unity story-line. As you know after Mother God is defeated during Unity, Solar send's Everyone back to their own time, which for X-O is during the Roman time's, so he's sent back with the armor which is keeping him together after being bit literally in half by the Bio-engineered Dinosaur created by Mother-God, at the end of issue 9 X-O is totally trapped in roman time's but the sentient armor flys to a certain location and blasts a deep crater telling X-O because of the severe wounds suffered during Unity the Armor can heal him but would take a long time, the armor covers itself and X-O with a mountain of Dirt and puts both of them in some sort of Hibernation whereas we get to the beginning of Issue #10 the armor has awoke and dug both of them out and Ken, His side kick helps a shock waking x-o to his feet, 2000 yr. S have now passed since Unity and Xo's wounds are completely healed, but the biggest surprise is the armor has sprouted a seed on the right side of his armor that seed's every 2000 yrs.
This is a historic issue to the continuity of valiant History , first app. Of the seed will lead into many great storyline's. This was done by X0's Great artist at the time , Mike Leeke and Inker Tom Ryder. Please check out my up-coming graded comic's and other valiant art!

Coming soon , Thanks and good luck. The item "X-O manowar #11 cover 1992" is in sale since Monday, November 30, 2020. This item is in the category "Collectibles\Comics\Original Comic Art\Covers". The seller is "valman51" and is located in Round Lake, Illinois.